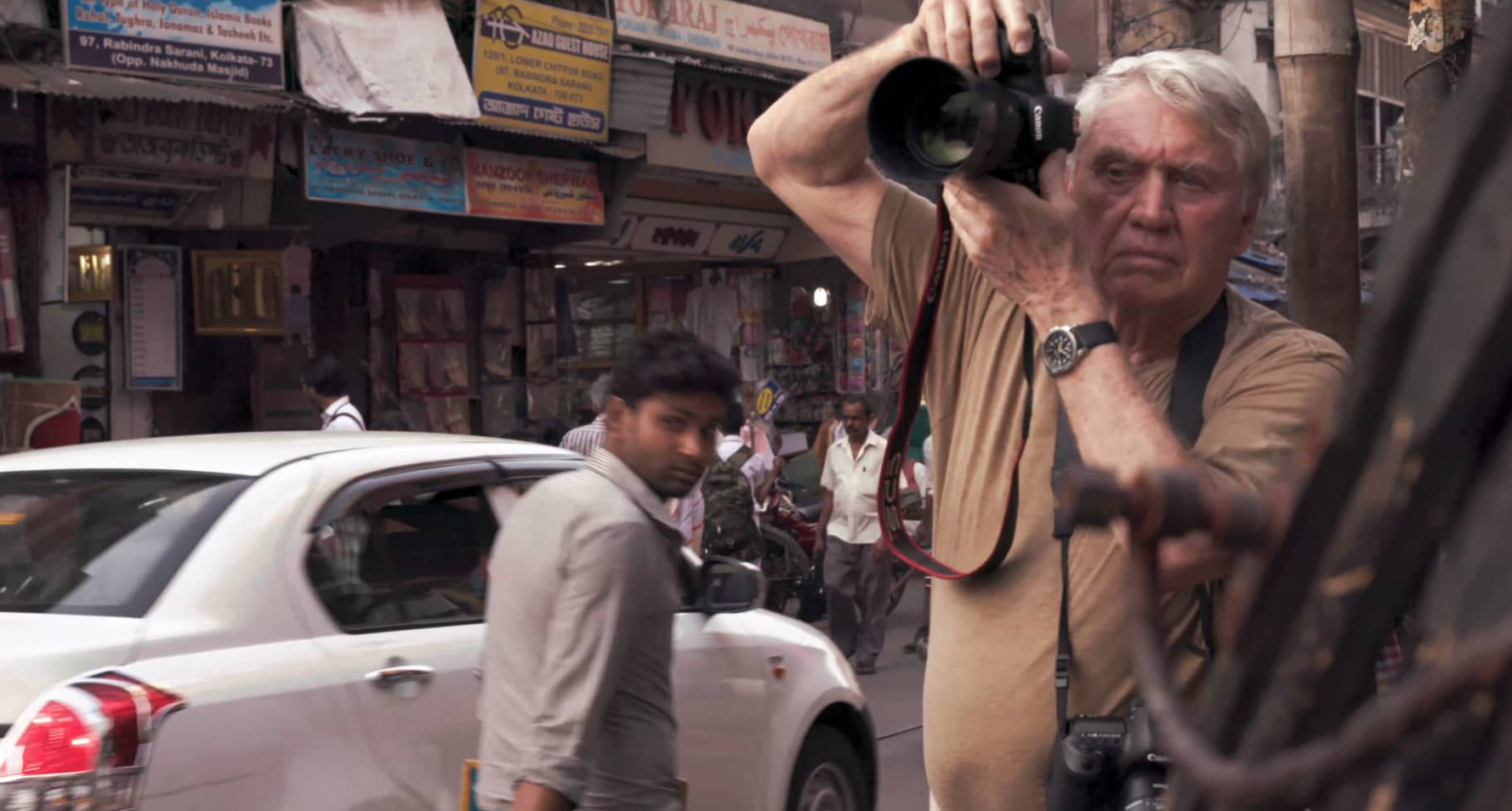 Go to https://vimeo.com/226936895 in order to see a film that has just been released, that I produced, that was directed by Clive Booth and that is about Sir Don McCullin shooting on the streets of Kolkata, India. It is a real chance to see and hear some of Don's thoughts on photography.

Producing this film was particularly interesting for me, as I have represented him for well over thirty years and yet have never seen him first hand, working in the environment for which he made his name, on the street.

He moved fast with a determination and focus that was hard to believe, given the 100-degree temperature and his eighty-one years. It was if the years fell away and he was a much younger photographer again. With a camera in his hands,  the drive to get a great picture seems to have no barrier. It was a lesson in watching a man focus. His instinct for a great shot having been honed over many, many years. His passion for what photography can deliver driving him forward so that nothing else mattered.

And keeping up with him every step of the way was Clive Booth, both directing our director of photography, Chris Clarke, as well as operating as a second cameraman. Clive is  an amazing photographer and this is a great chance to see that he is also a highly accomplished film maker.

Along with the rest of our very tight crew, we have made a very interesting short documentary. Please take the time to view it; you will not be disappointed.