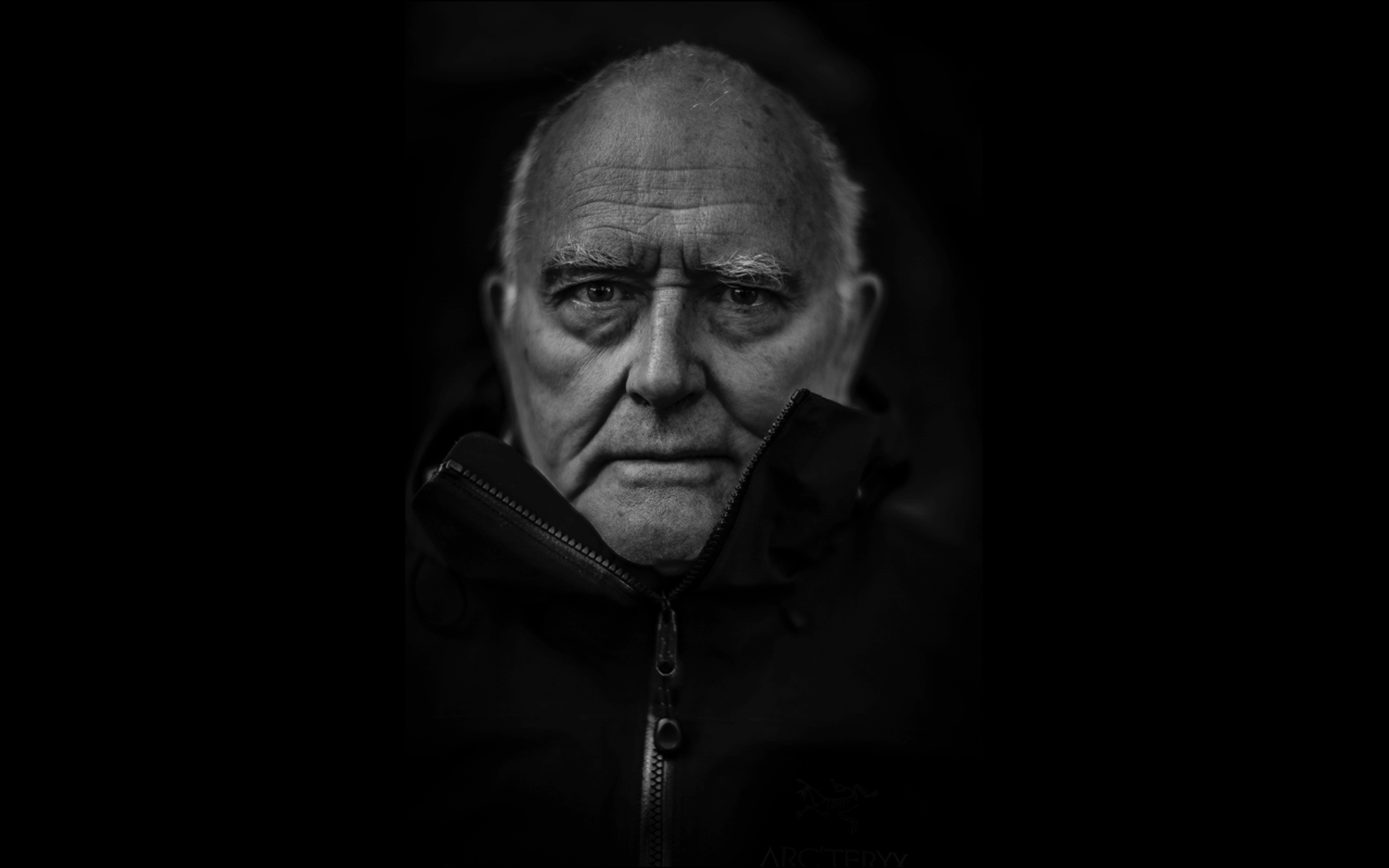 Clive has just photographed an old friend of ours, John Cleare.

In the mountaineering world he is a legend among legends and here is why :

John Cleare is a professional photographer, a mountaineer and a wilderness traveller, a writer, an author, a filmmaker and a lecturer. He has been described as “the outstanding British mountain photographer of the post-war era…”(Walt Unsworth/Penguin Encyclopaedia of Mountaineering).

Notable projects included Matterhorn Centenary, The Old Man of Hoy, Spiders Web, Last Blue Mountain, Surrender to Everest and working on the film The Eiger Sanction with Clint Eastwood (He even got to appear in it).

He has been climbing mountains since his early teens and his book, “Rock Climbers in Action in Snowdonia”, published in 1965, is a cult book among climbers.

He led the 1978 British Himalchuli attempt, the highly successful American ski ascent of Muztagh Ata in 1982 and the British Kedar Ski Expedition of 1994.

I can think of no better way to describe the man than to say, at 79 years of age his current favourite mountain activity is the little known, but crazy and exhilarating sport of Ski Mountaineering. (See the link below).

But then Clive’s portrait beautifully and powerfully illustrates that.

After his return from the epic International Everest Expedition of 1971 he started a picture library with his already large collection of mountain images.

So if you need any photography relating to mountains and/or mountaineering, he is your man.