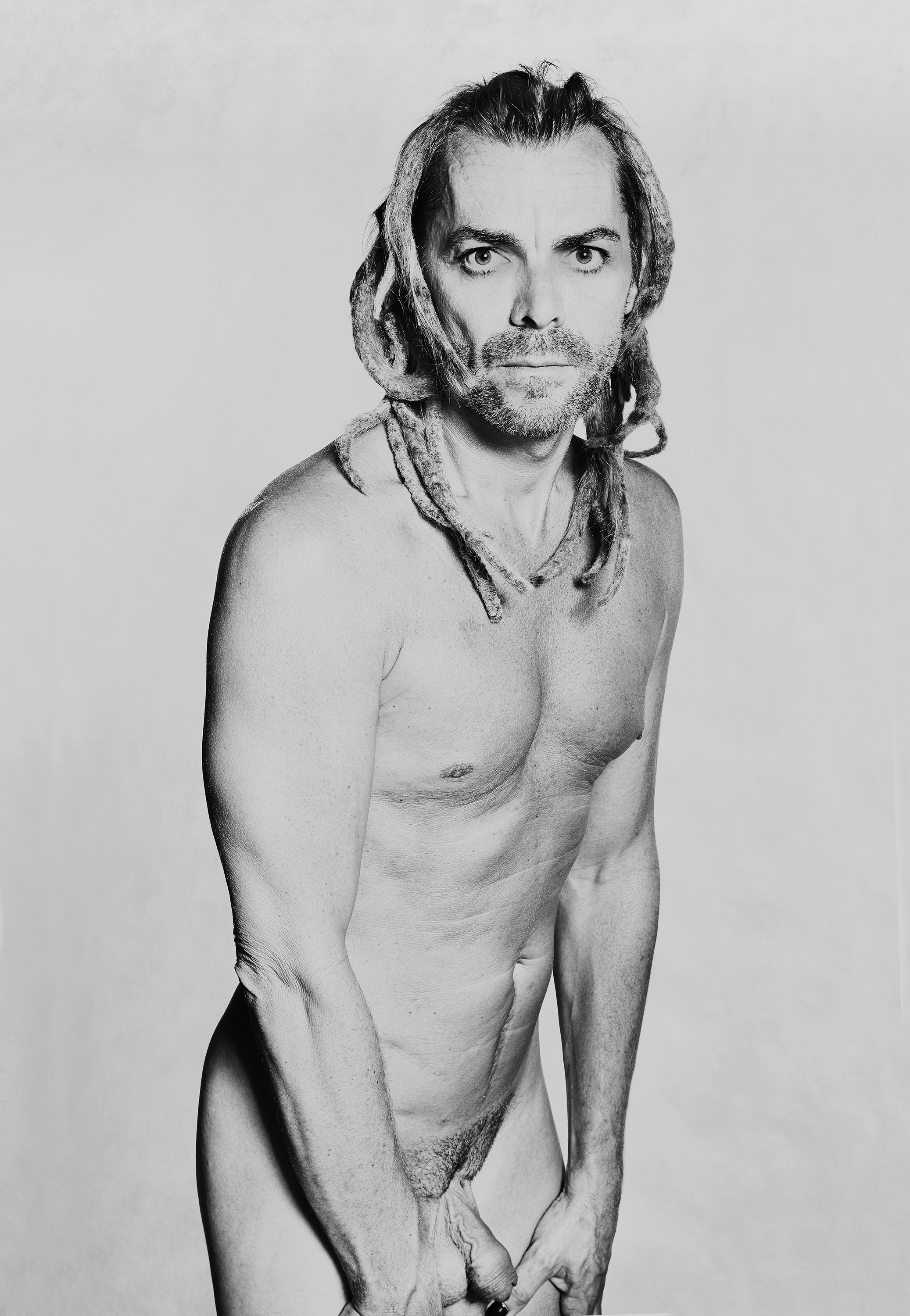 If you’ve followed John Offenbach’s work over the years you would have seen numerous photographs of Justin Nicholls. One of the first commissioned pictures John took was Justin’s album cover from 1993 of him standing in his pyjamas knee deep in a soft sea. Since then they have collaborated on numerous occasions for various projects as well as personal work.

Last year Justin was diagnosed with stomach cancer. He had two feet of colon removed, chemo and radiotherapy. It was a tough time to say the least. Justin went into hibernation in South Wales while he was recovering. And this year, asked John to take his portrait again.